There's a story to this series of pictures.

While sitting on the beach in Florida, I watched a man walk back and forth across the sand at the edge of the waves, casting a huge, Biblical-style net into the gulf waters. He'd pull the net in and check it for fish, then send it back out. Over and over he did this. Any small fish he caught, he put in a small, clear plastic tackle box that he carried with him. 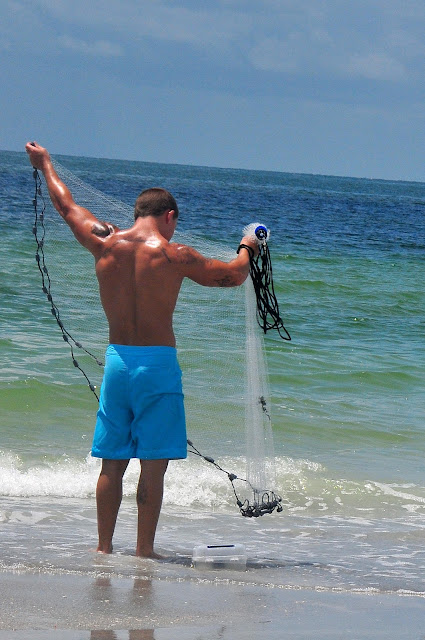 One bird caught wind of the smell of fish and began to follow him. Up and down the beach this bird walked, like a puppy at a master's heals. 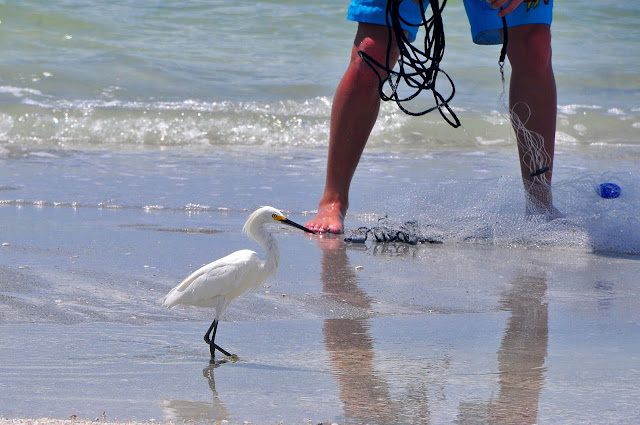 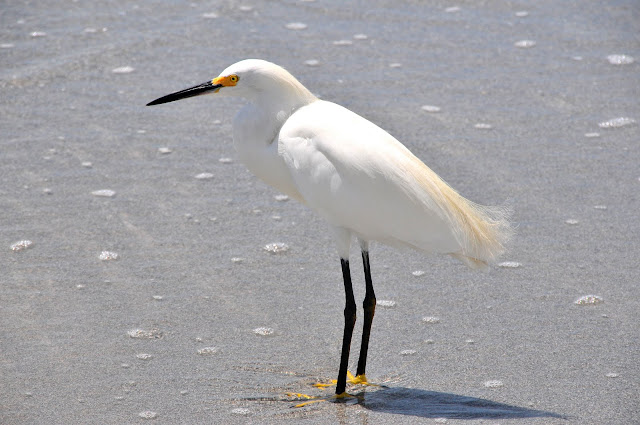 Soon other birds began to notice and they joined in. 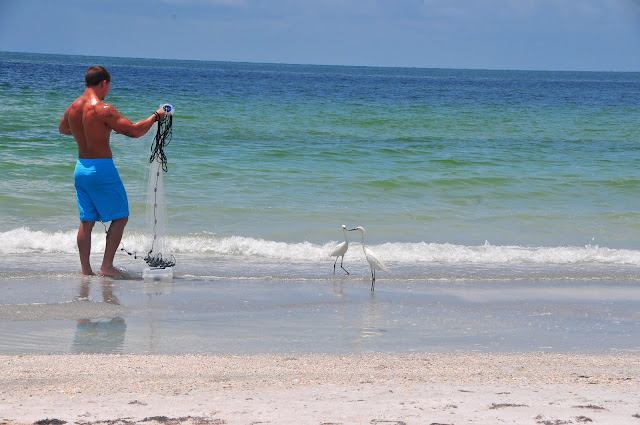 Before long, the man had a flock following him. At first, they pecked around his net when he'd bring it in, but it didn't take much time before they discovered the tackle box. 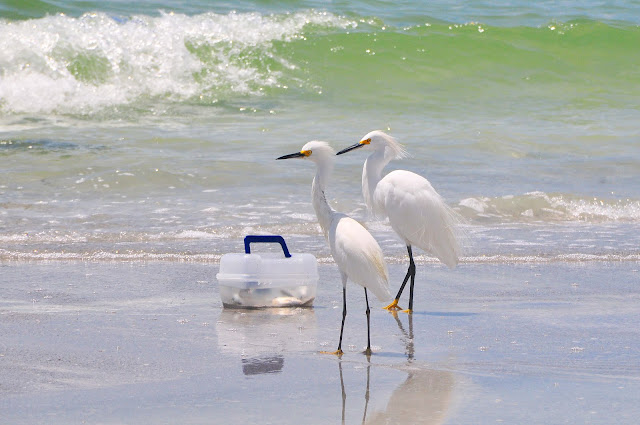 One bird fluffed his feathers in an act of ownership and fiercely fought others when they came too close. 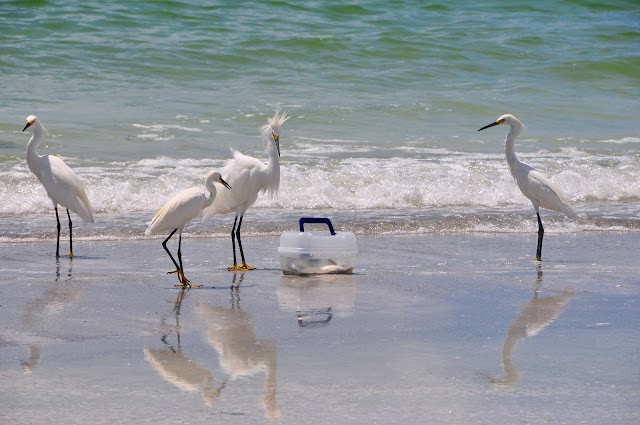 He could smell the fish. He could see the fish. They flopped right at the tip of his beak. But he could not get to them. 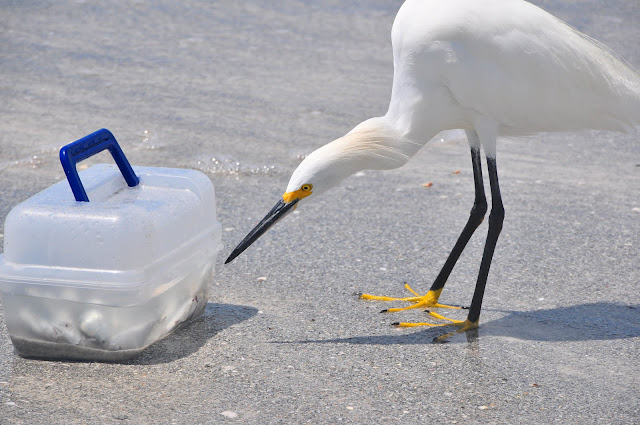 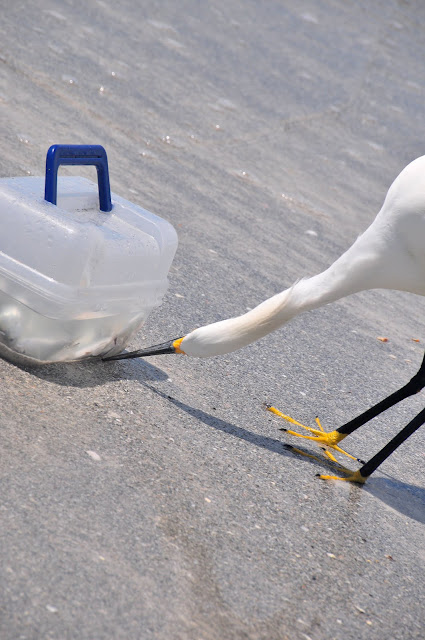 And then the fisherman took his nets and his fish, and he walked away.

Email ThisBlogThis!Share to TwitterShare to FacebookShare to Pinterest
Labels: Critters, not in my backyard, water 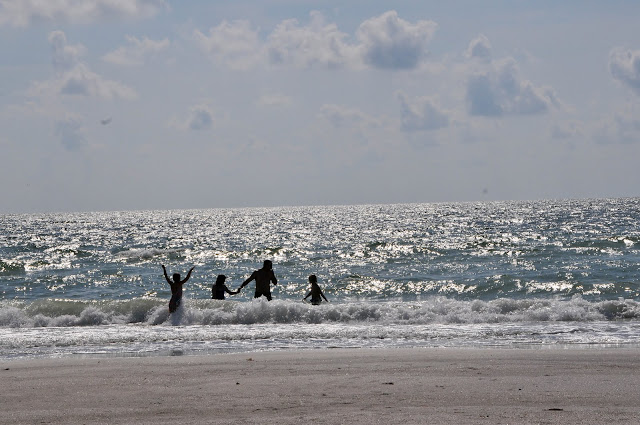 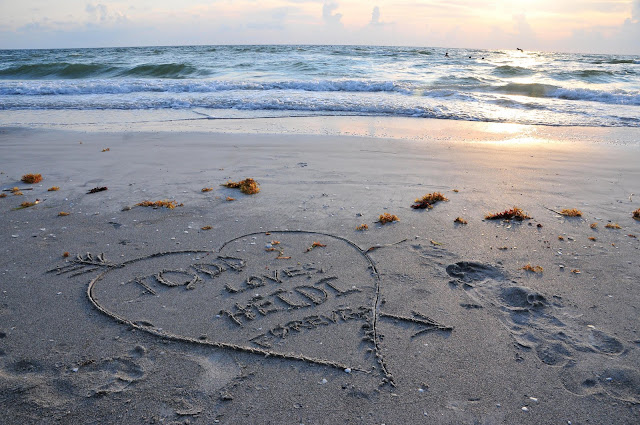 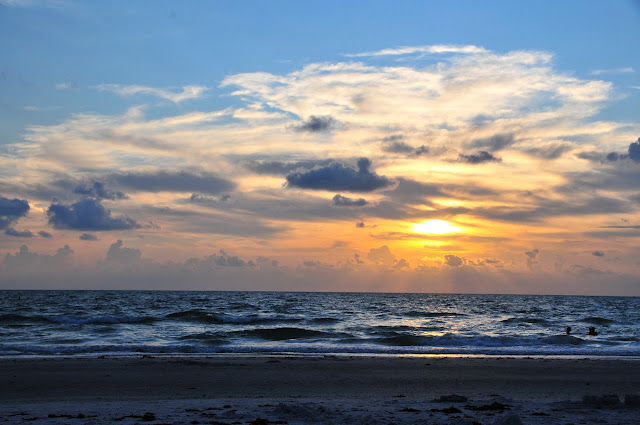 Email ThisBlogThis!Share to TwitterShare to FacebookShare to Pinterest
Labels: Landscapes, not in my backyard, sky, water 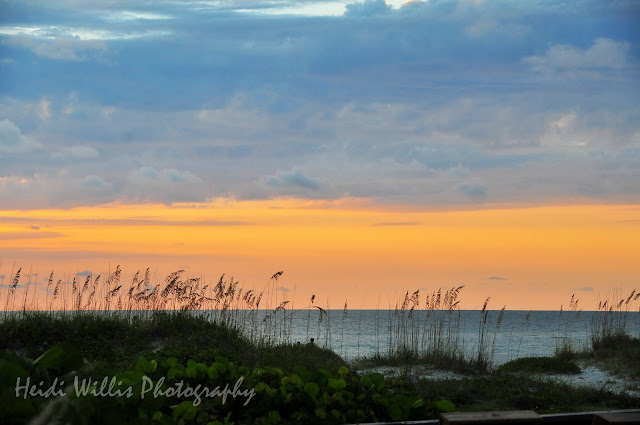 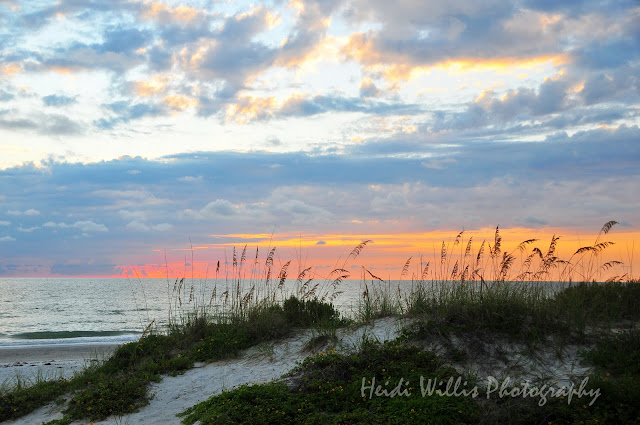 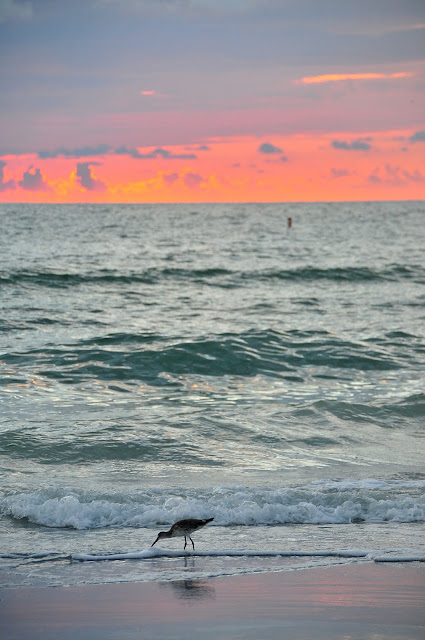 We sat on the beach this week and watched the sunsets: one of my favorite activities. My kids were amazed at how fast the sun disappeared once it reached the horizon. All day it seemed to creep across the sky in almost imperceptible increments, but once it sets, you can tell how fast the earth is spinning, swallowing the sun in a gigantic, quick gulp.
Posted by Heidi Willis at 10:44 PM 2 comments:

Email ThisBlogThis!Share to TwitterShare to FacebookShare to Pinterest
Labels: Landscapes, not in my backyard, sky, water
Newer Posts Older Posts Home
Subscribe to: Posts (Atom)
If I'd lived another life, I'd have been a world traveler, photographing the great and gorgeous places of the world. Instead, I am happily married and raising three kids in the suburbs, surrounded by concrete, strip malls, and traffic lights. There are more McDonalds than mountains, more cars than city skylines, more dirty dishes and laundry piles than sunsets and palm trees.

But I am determined to find the beautiful things around me, right where I live, even if I have to use a macro lens to find it.

Oh, and I write books.

Other Places To Find Me

Heidi Willis
Writer, photographer, mother of three. My debut novel, Some Kind of Normal (NorLights Press) landed on bookshelves late 2009. My shorter writing has appeared in The Potomac Review, The Fiction Writers Review, PANK, The Buffalo Almanac, and Campus Life. I earned my MFA in fiction from Pacific University in 2013 and my short story, Counting by Threes, has been nominated for the Pushcart Prize.